Minsk has been largely built by the Soviets after the city was ravaged during the World War II. It is dotted with memorials of its bloody history. Nevertheless, it also has little pockets of charm, religion, and history. This article tells you about the Minsk that is beyond the war memorabilia.

Trinity suburb: Built on the site of a settlement dating back to the 12th century, Trinity suburb or Troitskoe Prdemestye is a popular destination. It is also known as Old Town. The name comes from the intended look and feel of the place. It is also worth visiting for its many bars, restaurants, and cafes.

Former residence of Lee Harvey Oswald: Do not forget to visit this one time home of Minsk’s most notorious former resident. It is located on the West Bank, just across Svislach River. This is where the assassin of US President John F Kennedy stayed in his early 20s after defecting to the USSR.

Nesvizh Palace: A mix of many architectural styles, the Nesvizh Palace is 120 km south-west of Minsk. The castle and surrounding estate was the property of the powerful Radziwil family. The family acquired the castle in the 16th century, but they were driven out in 1770 by the Russian forces. The castle’s artwork was acquired by the Russian nobility. However, it was later restored to the Ridziwil, who carried out extensive renovation work. They were later expelled by the invading Red Army in 1939. It is now a national property.

The castle was rebuilt many times without adhering to any particular style. As a result, it is a hotchpotch of styles: Renaissance, Baroque, Classism, Rococo jostling with Neo-gothic, modernism. The other points of interest are the landscaped gardens surrounding the castle. Started by the Ridziwil, the gardens are now maintained by the palace authorities. Take some time out to visit the Benedictine Monastery and the Farny Polish Roman Catholic Church in Nesvizh town.

KGB headquarters: The bust of the notorious Cheka (predecessor to KGB) founder, Felix Dzerzhinsky overlooks the KGB headquarters in Minsk. It is located right in the centre of the city and is still the headquarters for Belarus’ secret police. Also around the independence square are other buildings from the Stalinist era.

Narachansky National Park: Established in 1999, this park falls in the Minsk region. It is famous for its well-stocked lakes. It also has most of the country’s pine. Along with fishing, it also has 18 sanatoria and recuperation centers.

Minsk is a wonderful place to visit where the former USSR still seems to be alive. From the quaint Old Town to the regal Nesvizh Palace, Minsk has much to offer its visitors. 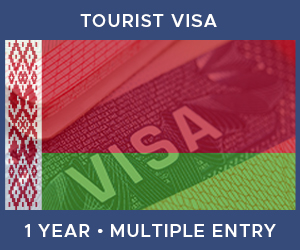 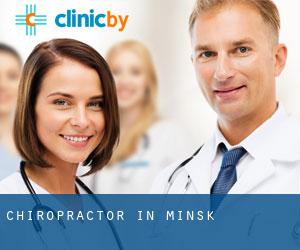